Shirokiya Denbei Shoten manufactures and sells traditional "Edo brooms" that have been around since the Edo period. The Edo Broom is the store's original broom and is made by hand by skilled craftsmen. “The broom is made from Houkimorokoshi, a corn-like grass. This grass is made of very hard work, and harvest is mostly by hand. The number of grass makers has gradually decreased, therefore three years ago, we asked Chuo City to let us use JA students from Higashine City in Yamagata, to make broom grass.” 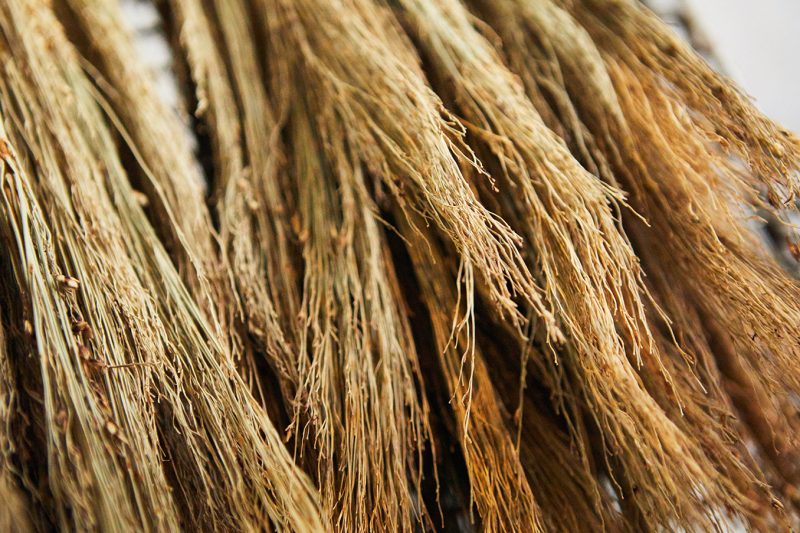 Higashine City is known as Japan's largest producer of "Sato Nishiki" cherries, and is a thriving fruit growing area. Since the cultivation of fruit trees, like broom grass, is mostly done by hand, it was a good match for the farmers. In addition, broom grass is harvested right at the end of the fruit season, so they were able to accept the cultivation. “In our case, we cut the green field before the grass gets eaten, so it is not eaten by animals. In that sense, it's less work than growing fruit.”

The years when the daylight hours are short, the length of the grass may not be long enough, and the grass may start to discolor in the sun. "I thought, there should be something we can make with this, so I made a broom that is smaller than the conventional one. The brooms sold better than expected. Nowadays, people live in rented houses and their lifestyles are changing, so there are many people who want smaller brooms. The small broom can be cheaper, so we decided to try making brooms for that segment of the market, and a new line was born.” The new line was created as a result of measures taken during a bad harvest year. This flexibility may be the secret to maintaining the business for a long time.