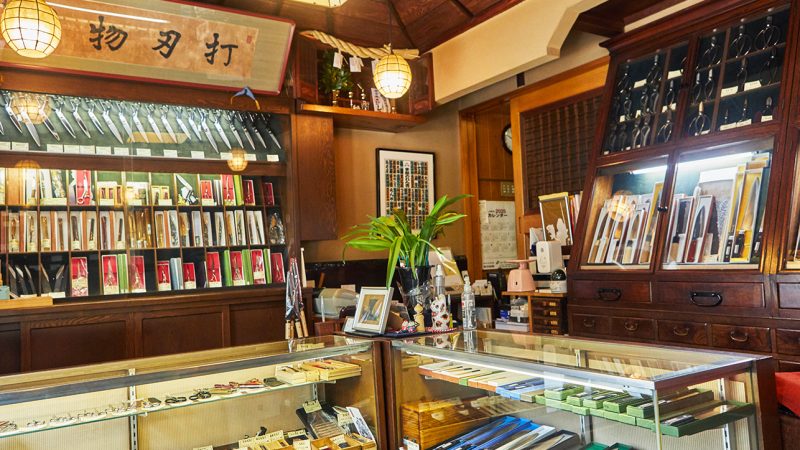 A long-established Hamono store named after its reputation for“tools that can shave (knives and razors), cut (scissors and shears) and pull (tweezers) even an ubuke (soft, fine baby hair).”

Ubukeya, which manufactures and sells edged tools, handles about 300 products, mainly kitchen knives, scissors, and tweezers. We have interviewed Yutaka Yazaki, which is the eight generation master of the store. 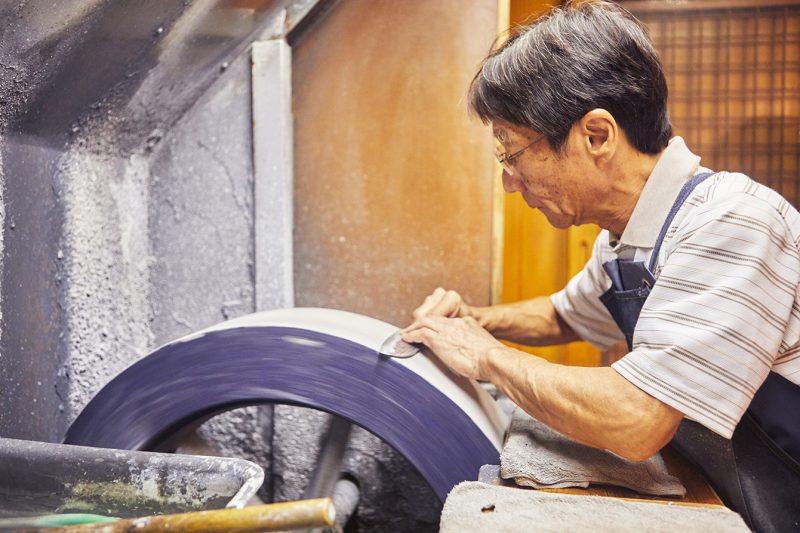 Since the first generation, "artisan merchants" style has been taken. They set up their own store and work as artisans in the backyard workshop. “We wait for customers to arrive, and polish and adjust new products and display them in the store. We also offer sharpening service for the blades brought in.” Although it is an edged tool store, which undertakes maintenance of blades, this form is less common in the current cutlery stores.

Founded in 1783, and has been in business over 200 years. "It was founded in Osaka in early 1800. The first store opened in Hasegawa cho (now known as Horidomecho) as an Edo store, and before Meiji restoration, the shop moved to Shin-Izumicho (now known as Ningyocho) where it is located today. I am the eighth generation master and my son is the next candidate and he is currently in training.” 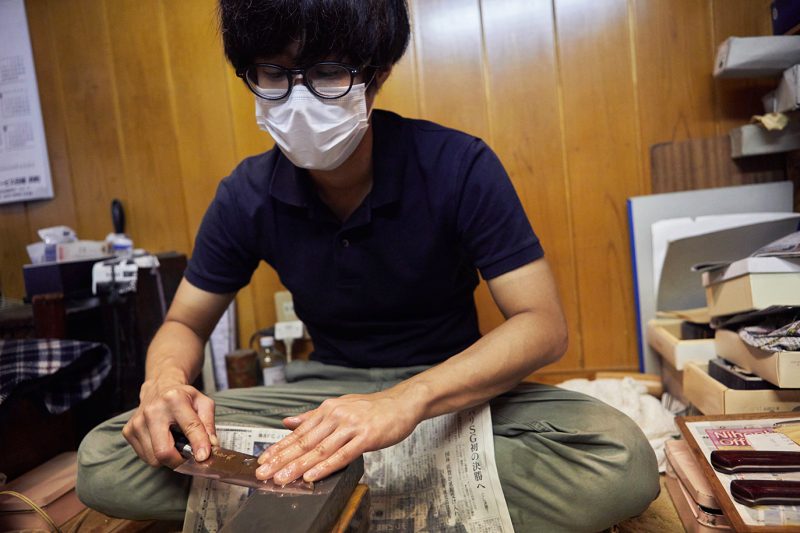 The Company was founded with a background of the times when sales of edged tools were sold well. "The Edo period continued as a peaceful period, and interest and food culture prospered. Various types of cutting knives have appeared for various purposes, such as kitchen knives, vegetable knives and deba knives for fish, and I believe that the demand for various knives other than kitchen knives has increased. " 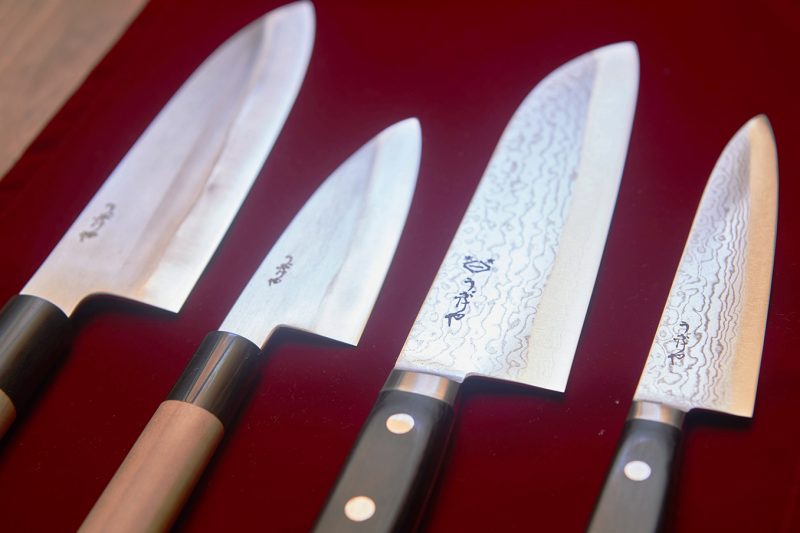 When asked about the origin of the impressionable store name Ubukeya, "the founder, Kinosuke was a very skilled artisan, and knives, scissors, and tweezers he struck were well known tools as “tools that can shave (knives and razors), cut (scissors and shears) and pull (tweezers) even an ubuke (soft, fine baby hair).” Because of the repucation from the customers, Kinosuke decided to go with the name Ubukeya when he opened the store. Therefore, our store name was given to us by our customers.” The long history that continues to this day began with the interaction and maintaining close relationships with our customers. 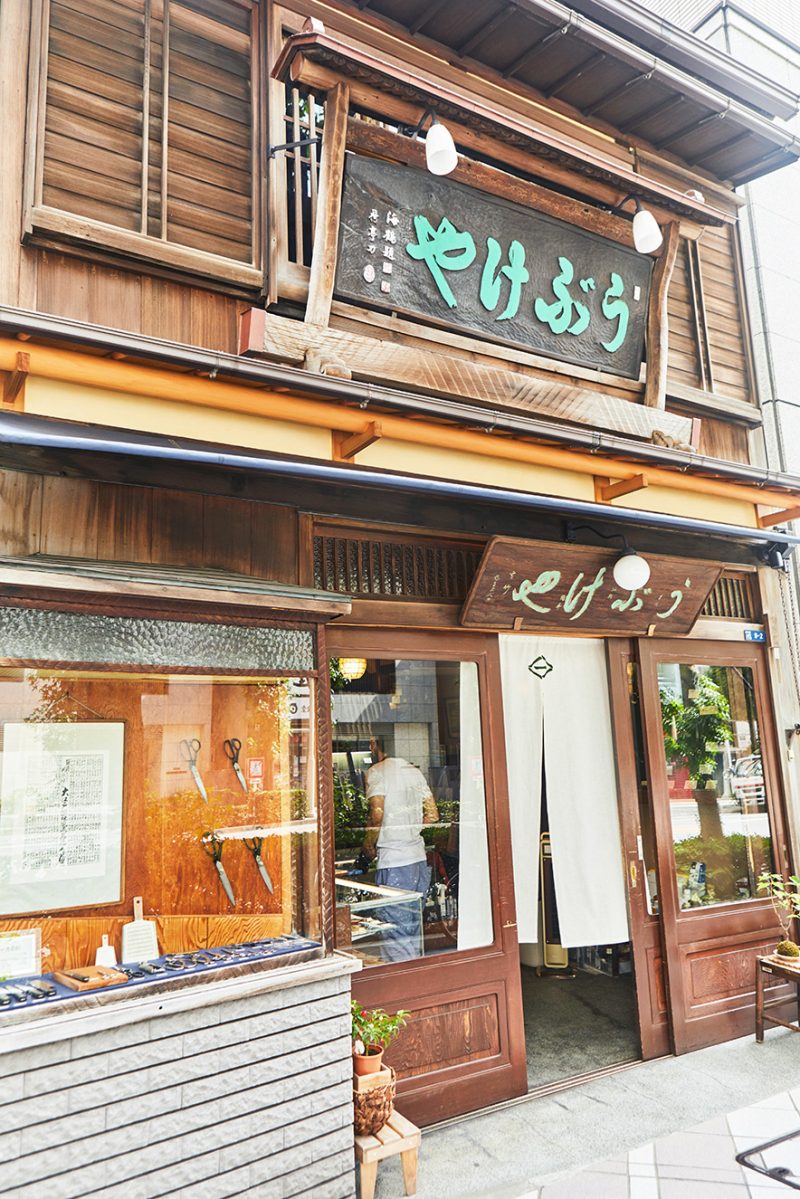