The beginnings of a long established kimono store, a hobby that turned into a business

"Chikusen'' was founded in 1842, mainly dealing with traditional Edo komon kimonos and yukata. The founder, Fumio Ogawa, is the fifth generation owner of this venerable kimono store. "In the Edo period, there were groups for various hobbies such as haiku poem, waka poem, and tanka poem, and each formed a socialized group. The founder liked haiku and joineds this group. There were kyogen actors, ukiyo-e artists, rakugo writers. Then, as fellow hobbyists, they asked him for advice on costumes for actors to wear when performing, that is when he started going into a realistic form. It was more like an extension from a hobby rather than a business." 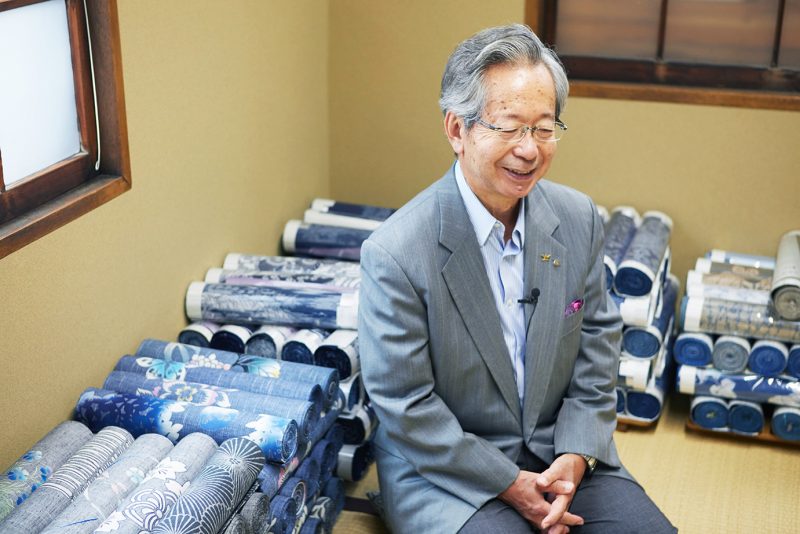 “I guess it’s the same still, but when the actors wear the kimonos, people generally find it attractive and think, where do they buy it from? Who is the designer? Then gradually, they’ll find out Chikusen had produced it, and would ask for a product with great design and costume. That is how it gradually started to become a job.” 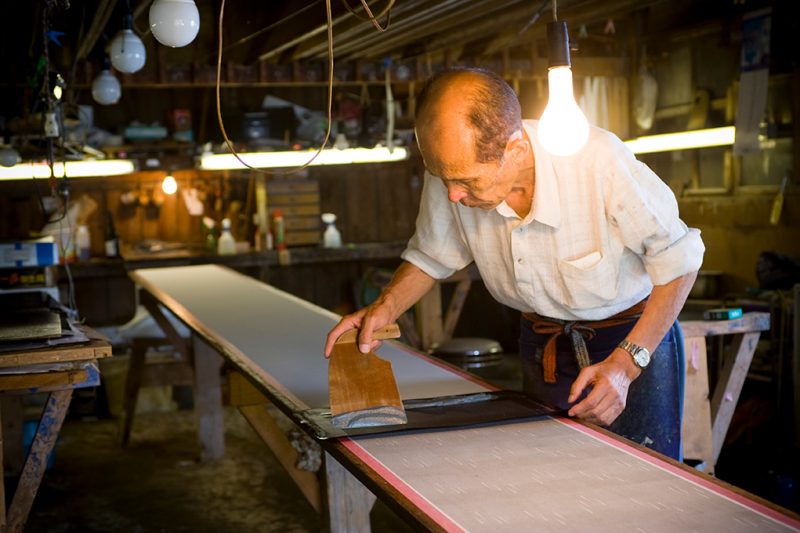 "Edo Komon", one of the main products of Chikusen, was one of the reasons for expanding the kimono business. "The Edo komon was originally developed from the samurai kamishimo. At that time, there were artisans making kamishimo, so they had a technique called 'katazome (pattern dyeing)' to dye kimonos by making detailed patterns sheets. Although the artisans who make patterns and the person who dye kimonos were different. Combining the two techniques made Edo yukata cool and stylish. The history of Chikusen is a history of hobbies that led to business. Its stylish sense surpassed the popularity of the Edo period, and is still popular among many people today.