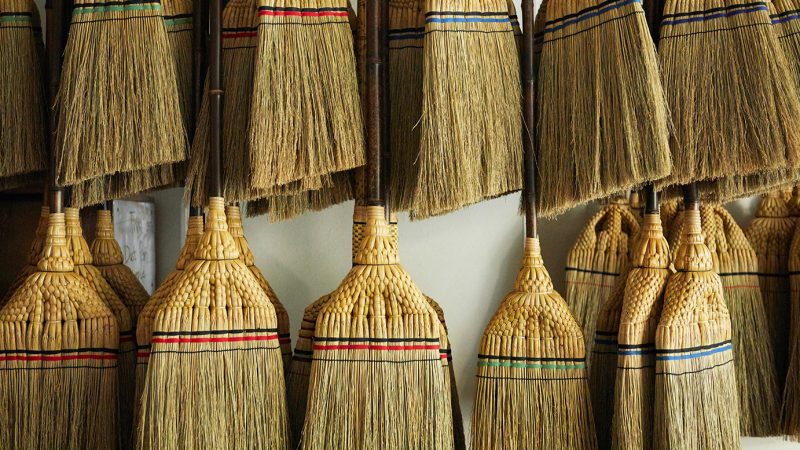 “Feelings” transmitted from hand to hand. The key to Edo broom is the selection of grass

Shirokiya DenbeiShoten, a manufacturer and seller of Edo brooms. Satoru Nakamura, who is the seventh master of the store, was originally a wholesaler of Tatami. “At the time of its establishment, tatami was beginning to spread in the city. The brown brooms made from a plant called "Shuro" were the mainstream, but when using the Shuro brooms for the first time, little powders comes out of the broom and got in between the tatami mats and made them dirty. This was the reason Edo broom were born, the demand for a broom that could be used immediately on Tatami. It can scrape the dust out of the tatami, and give the tatami a natural luster and prevent the surface from becoming fluffy.” 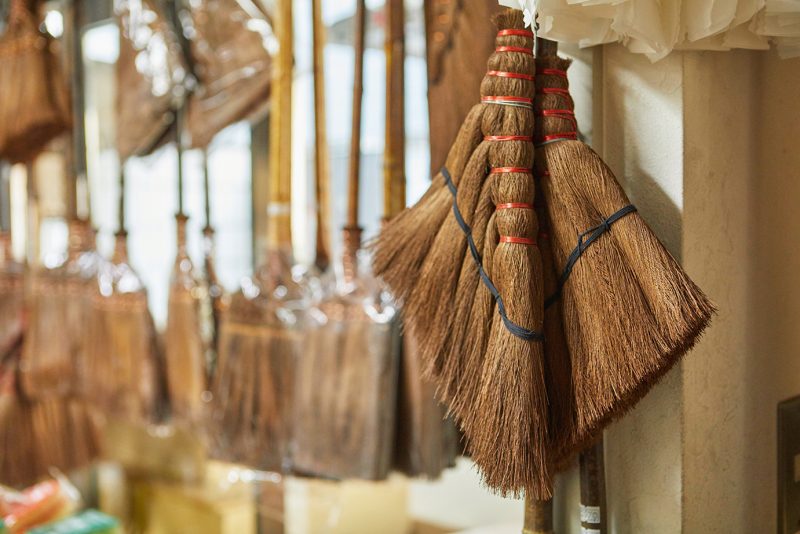 “The first generation must have thought, "This will sell well. That's how we went from being a Tatami maker to a broom maker. I think he was a very smart man, and the shape of the broom and the way has hardly changed since then.”

The core of the Edo broom making technique is the sorting process called "Kusayori," in which the quality of the broom grass is judged by touching the tip of the grass near the root, rather than the tip, which is used as the broom. “If we can't rank the grass, the quality of the product will vary. The softness of the tips varies depending on the length, so it is impossible to tell unless all the lengths are the same. There is no such thing as the grass being the same length, so we can predict the tenderness of the grass by touching the tips.”

“This kind of skill is acquired through years of experience, so once the skill is lost, you would not know what to do. However once you get the sense, you are able to keep on making almost the same product.” The Edo broom making technique is handed down hand by hand and cannot be manualized.